Showing posts from May, 2020
Show all

Time to put people back to work 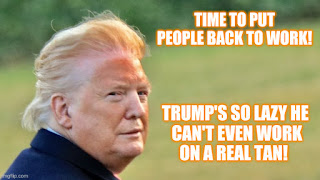 Sooner than you think 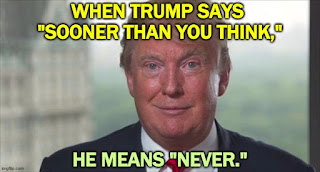 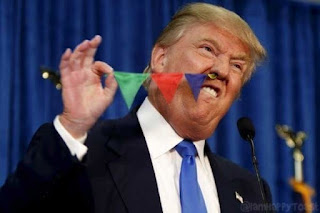 This is Day 4 of Trump Meme Week. This image is a photoshop of a common picture of Donald Trump - the one where he is pointing up in the air and looks like he is in the middle of insulting someone. The modifications to this image make it look like he is straining to pull a line of flags out of his nose. Pulling flags out of ones nose or mouth is a pretty common circus stunt, so this must be an insult to Donald trump, indicating that he belongs in the circus. As far as Trump memes go, this is also one of the better ones. As much as it looks a bit painful, it is also fairly well photoshopped, and looks moderately believable.
Post a Comment
Read more 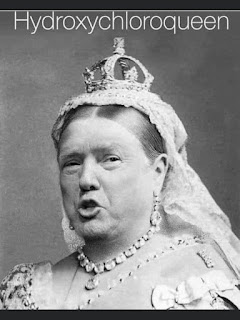 Day 3 of Trump Meme week. This is actually the first Trump Meme that I found a little bit funny. This meme refers to current events, and how the drug Hydroxychloroquine is being recommended by Trump as a cure for Covid-19. They took a well known image of Queen Victoria, and photoshopped a picture of Trump's face on it. They then labeled the image with a misspelled hydroxychloroquine (hydroxychloroqueen), and that is all that the memester did. The pun on hydroxychloroquine, and the image of trump as a queen both were sort of funny, and as far as Trump memes go, this is a rare one that doesn't make me more depressed about the state of politics right now. As crazy as the world is right now, here is a meme that is at least actually still humorous. Good job, whoever made this!
Post a Comment
Read more

Trump is an orange chair 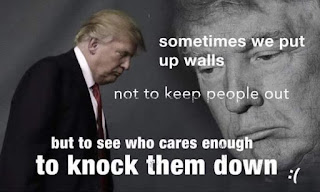 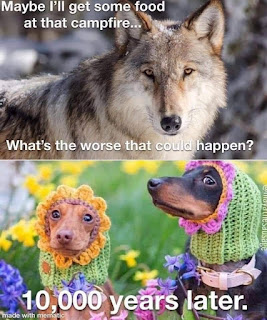 Earlier I was outside with my crush...

- May 23, 2020
Earlier I was outside with my crush and it was pretty cold. I had never really told her that I liked her before. We were just eating our lunch outside because thats where we normally sit. The other few people who usually sit with us weren't there due to a club they were in. It was really awkward but eventually we got talking about stuff. She started talking about how it was so cold and how her hands were freezing, then I asked her if she wanted me to warm them up. She said yes all flustered and I just kinda held her hand for a moment and I was so happy. She then said, "you know what else I want? I want about tree fiddy." It was about this time that I noticed that she was an 8 stories tall crustacean from the protozoic era. I yelled, "you damn monster! I ain't givin you no tree fiddy!"
Post a Comment
Read more

Q: What can you never eat for breakfast?

An Emo goes to the library...

- May 21, 2020
An Emo goes to the library and asks the librarian, "Excuse me, do you have any books on suicide?". The librarian replies, "Well, we used to, but you idiots never bring them back!"
Post a Comment
Read more
More posts