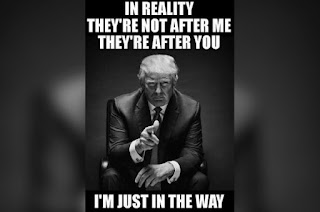 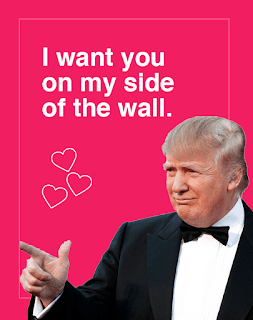 This is a Trump Valentines day card. It references Trump's wall, and tells the reader that the sender wants the reader on the same side of the wall as the sender. It is sort of funny because it is turning a silly holiday into a political joke.
I like this more than a lot of Trump Memes because it doesn't even insult anyone - it just points out Trump's wall and assumes that the reader finds it silly
absurd meme trump trump meme